By Jaz Brisack, an abortion clinic defender and labor organizer from Mississippi.

Following the outbreak of Covid-19 in the United States, many states have rushed to restrict abortion access, citing shortages of PPE to order clinic closings. It’s a flimsy excuse: the procedures aren’t performed in hospitals and require little or no equipment. None of that matters, however, since the goal is not to reduce the strain on the medical system — a strain that, one would imagine, surges in pregnancy and childbirth would increase — but rather to further the forced-birth agenda.

Restrictions on abortion are nothing new. Throughout the US, politicians have routinely sacrificed the bodily autonomy of pregnant people to their own ambitions. This is especially apparent in states like Mississippi, the hardest state in which to obtain an abortion, where candidates from both parties jockey to prove their fetus-friendliness before elections. White supremacy figures prominently in their statements on the issue: as the state’s Republican senator attempted to cover up her pro-lynching remarks by calling abortion “Black genocide,” the Democratic nominee for lieutenant governor said that he had voted for a six-week ban on abortion out of his desire to keep “white Democrats” in office. 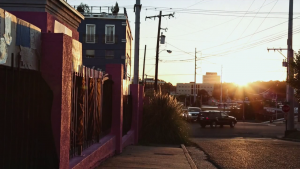 This fundamentalist fetishization of the “unborn” had already made it extremely difficult to get an abortion prior to the coronavirus outbreak. Depending on which state you’re in, you may be forced to get an invasive and medically unnecessary transvaginal ultrasound; travel to the clinic multiple times because of mandated waiting periods; get parental permission or sue for a judicial bypass; and raise the money to pay out-of-pocket, as federal funds (i.e. Medicaid) cannot be used for abortion services and many states prohibit private insurance plans from covering it. Additionally, your doctor (who may be required to be a certified ob-gyn) may have to tell you that abortion increases your risk of breast cancer (untrue) or that you will suffer from “postabortion stress syndrome” (which doesn’t exist). States have also tried to regulate the width of clinic hallways, require doctors to have admitting privileges at local hospitals (who refuse their applications due to religious or conflict-avoidant objections), and force fetal funerals.

These restrictions have created an “abortion desert” in many states, where pregnant people are forced to travel hundreds of miles to the nearest clinic, assuming they can jump through all the other hoops imposed on them. Seeking a way out of unwanted pregnancy, many people turn to desperate and dangerous methods, like ordering unregulated pills online, drinking pennyroyal tea or bleach, or resorting to the infamous coathanger. While the criminalization of these acts contributes to a lack of data on their frequency or deadliness, browsing history indicates a direct link between restrictions and attempts: Mississippi leads the nation in Google searches for how to self-induce an abortion. 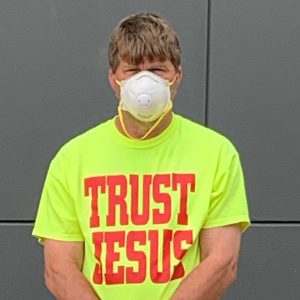 Like all of the obstacles that state governments had implemented prior to the pandemic, the Covid-related restrictions were never about improving patient safety or saving lives. However, hypocrisy has never stopped the religious right, who have continued to protest outside clinics as the pandemic rages. Founded by Pinkhouse Defenders, as the activist escorts at Mississippi’s last clinic are called, the abortion rights group We Engage pointed out these double standards in a post late last week. Accompanied by images of masked anti-choice protesters dressed in “Trust Jesus” t-shirts, the post describes them “stand[ing] outside clinics harassing patients wearing N95 masks, a clear waste of PPE. Seems they would want to donate those to a hospital and just ‘Trust Jesus.’ It’s not about PPE. Clearly.”

If the intention was saving supplies and limiting exposure, telemedicine would be an ideal solution for patients in earlier stages of pregnancy. The medication abortion pills could be mailed or picked up like any other prescription, while the consultation could take place online. However, as health providers in certain US states and in other countries, including the UK, move toward relaxing restrictions around telemedicine abortions, many states have refused to allow similar changes.

This inflexibility is already costing lives. Northern Ireland has not implemented the “Pills by Post” program that patients throughout most of Britain are now able to access, and local healthcare providers do not perform abortions, meaning patients must travel to England – a journey that involves an eight-hour ferry ride. Abortion activist Mara Clarke reported on the effects of this policy. When a patient’s appointment was cancelled due to the UK lockdown, they went to a local hospital to ask for an abortion; the staff refused. The following day, they were admitted to that hospital after overdosing in an attempted suicide.

It is more evident than ever that abortion is essential healthcare. It is also a time-sensitive procedure, and unnecessary restrictions have made it even more so by prohibiting abortions after a certain stage in pregnancy. Yet, as the advocacy and comedy group Abortion Access Front points out, states that are shuttering abortion clinics are allowing crisis pregnancy centers to continue operating. These are fake clinics, run by anti-choice individuals, usually without medical training, that lie to and intimidate patients seeking abortions — and often receive funding from state governments. That they are allowed to remain in operation underscores the disparate treatment that abortion rights advocates and their opponents receive.

With demonstrations curtailed due to social distancing, the front line of the resistance is where it has always been: outside clinics, escorting patients past protesters who lack even a rudimentary understanding of personal space, let alone social distancing. While some escort programs have been suspended due to shelter-in-place orders, clinic defense has continued wherever possible, as protecting patients is essential work. Additionally, abortion activists are working overtime to report on and raise awareness of the constantly-changing situation, as false information abounds and as patients’ lives are adjudicated through endless appeals.

This is an extremely dangerous and taxing situation. If there is any source of hope, it is that this pandemic has exposed the callousness and the opportunism of the anti-choice movement, which is using this catastrophe as cover to sacrifice lives by restricting healthcare access. The Covid crisis has amplified the existing issue of disparities in healthcare access — disparities that exist for patients seeking abortions as much as for those needing treatment for the virus. Moreover, the inevitability of Biden as the Democratic nominee means the impossibility of securing Medicare for All through electoral processes. The growing awareness that privatized, employment-based, capitalist healthcare cannot provide equitable or essential treatment may force workers in the United States to organize outside of electoral politics, organizing unions and building a mass movement to demand public healthcare. Our lives depend on it.