Check it out
You are here: Home / Featured / What to do in case of fire? A serious situation requires radical solutions!

Report and demands from our Kolektiv 115 comrades in Prague

In Czechia just like everywhere else in many countries of the world, the coronavirus pandemic is restricting social and economic activities. The government had played down the issue and is totally unprepared, leading to chaos in the healthcare system. Due to this lack of preparation, the country has no masks and respirators for healthcare workers, social service workers and inhabitants. While some are trying to make a profit out of this, there has also been a huge wave of solidarity with thousands of volunteers either sewing masks or taking care of the sick and the elderly.

While the government has already announced measures for businesses, it is completely forgetting a series of vulnerable groups strongly impacted by the crisis. Not only is this a social time bomb, but by failing to address the issues of those groups, the government is undermining its own sanitary strategy. The most vulnerable group are homeless people and people living in precarious housing. Failing to address this situation since decades was obviously wrong, but in a time of pandemic it can even have dire consequences, as the homeless and potentially evicted people could contribute to spreading the virus if they are not offered adequate housing.

Moreover, Czechia has a high percentage of precarious, often low-paid workers working as freelancers without social security, the equivalent of zero-hour contracts. These people are experiencing a complete or partial loss of revenue due to the lockdown and they are now facing the choice of struggling with survival or neglecting sanitary recommendations to make a living, threatening to help the virus spread.

Finally, many workers are still forced to go to their workplace and they are greatly exposed to a potential infection. While some workers are essential to provide healthcare, social services and keep other essential industries running, others should stay home with full pay in order to prevent infections and the spreading of the virus. It makes no sense to introduce a quarantine when hundreds of thousands of workers have to work next to each others in factories during the day.

Grassroots solidarity is essential in the current situation, but fast systemic solutions are necessary as well. In order to limit the destructive impact of the coronavirus pandemic it is imperative to take a series of measures, not only on an individual level, but also on the level of businesses and the state. It is vital if we want to avoid a social breakdown.

It is necessary for the state to implement: 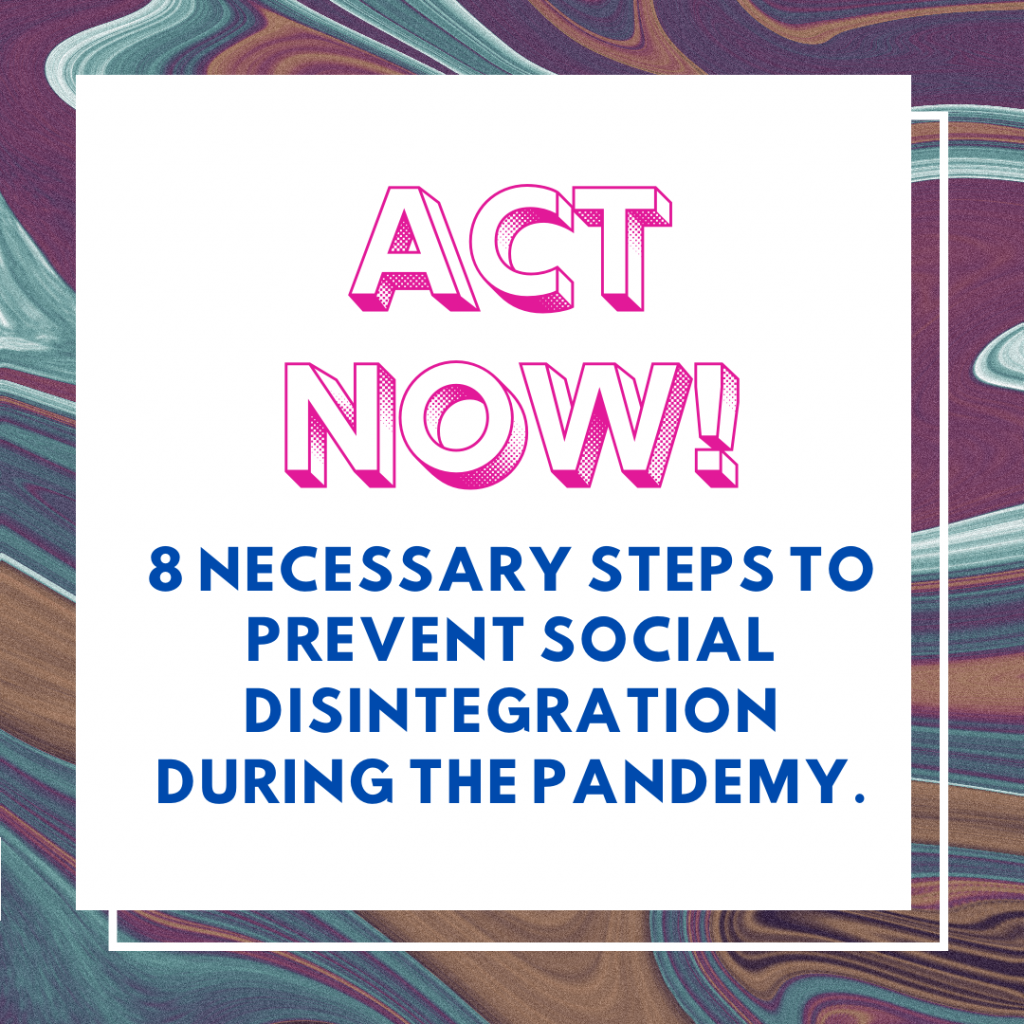 1. A universal basic income during the pandemic

A large part of the population is hit by a loss of income because of the closure of workplaces. The current social system will be overwhelmed in the current situation and the weakest ones will fall through the safety net, mostly people in precarious working agreements (people on contracts, zero-hour contracts, freelancers). Also, those working without contracts should not be forgotten (students working in bars and restaurants). They did not take such jobs to evade taxation, but rather because no other jobs are available for them.

All of those workers are among the first who will be fired overnight as companies are slowing down their activities. For them and their families there will not be enough to pay for housing and other essential goods. From what the statistics tell us one in four household has no savings and is unable to pay any unexpected expense over 400 euros, not to talk about dealing with a total loss of income. A fifth of the populaiton belong to a social class called ‘the suffering ones’, i.e. people without economic capital or other resources to deal with crisis situation. They don’t neither contacts and acquaintances to deal with the upcoming crisis, nor the knowledge to navigate the social system.

In addition to this, the social system will be totally overwhelmed in the next weeks. Employment offices will be flooded with welfare demands, leaving to an incapacity of the understaffed offices to deal with new demands. Not to talk about the sanitary risk of gathering people in overcrowded offices. The newly introduced possibility to file in for help online will not be of much help for the many people without access to internet, printers and scanners. This is another reason to opt for a temporary universal basic income for which recipients will not have to follow complex, bureaucratic proceedings.
The basic income will make sure that no one will be exposed to suffering and uncertainty on top of dealing with fears of infection. In some places like Hong Kong, this basic income has already been introduced following the pandemic. In Italy, 600 euros will be paid to independent and seasonal workers for the month of March. Even Trump is planing to distribute 1000$ to each inhabitant. No one should be left behind!

2. A risk-based bonus payment for workers in the healthcare and care systems

People working on the frontline should be rewarded accordingly! Not only doctors, emergency workers, nurses, but also social workers, caregivers, grocery shop clerks, cleaning staff and others were not given the possibility to work online from home. They are now carrying out duties in working conditions tied to psychological pressure, the risk of life-threatening health problems and difficult hours. A bonus payment should be given not only to those in the healthcare sector, but other exposed workers. The current system generally underestimates care work. People who are taking care of our health and essential needs and are attending to the needs of the most vulnerable ones are badly paid and their work is not respected. It’s absurd! Let’s support them financially! Let’s show them that we value their work!

3. The suspension of all debt payments, mortgages and rents

The housing crisis doesn’t stop during the pandemic, on the contrary it becomes worse as incomes fall for tenants and those paying their mortgage. It is unthinkable to force people to choose between buying food and paying rent or making debt payments. No one should end up on the streets, whether there’s a pandemic or not.

People who are experiencing financial problems because of the pandemic should have the possibility to postpone the payment of their mortgage or rent during the time of the pandemic. It should also be guaranteed that no one will see their water, electricity or gas turned off during the pandemic. Czech banks are yet to take a firm decision and precise measures on this, but at least the semi-public electricity provider ČEZ has announced that payments can be deferred. Housing is a right and especially in a time of pandemic, no one should lose his/her housing!

4. The suspension of all debt-related seizures

The economic slow-down has a worse impact on those who have been caught in debts. Debts have often forced people into illegal work because they make it impossible to make a living due to debt collection on salaries. And illegal workers are among the first ones to lose their job and income in these times. Let us remind you that more than 820 000 people are now targeted by debt collection. Half of those people have more than three debt collection procedures opened against them and sociologists have underlined that those people have no hope for a return to ‘normality’ if nothing changes. The suspension of debt collections was long overdue even before the pandemic. The biggest debt collection office in Czechia has already put a halt to the furniture seizures, mostly to protect its own members, but it has not stopped collecting money from salaries. It is time to end up with this shameful business once and for all!

5. The regulation of sanitary products and basic food products

Some are trying to make a profit out of human misery and are offering essential goods (including respirators and antibacterial gel) at high prices. No one should be allowed to profit from the vulnerability of others!

There is a higher risk of viral spread in the overcrowded jails. Through jail workers the virus could then get to the wider population. Releasing people convicted for petty, non-violent offenses would lower the risk of viral spread. Moreover the Czech system is well known for sending to jail people who would have gotten alternative forms of punishment elsewhere. Czechia has been among those with the highest number of prisoners per capita for a long time. It is time to change that. Of course an amnesty has to be accompanied by a guarantee of adequate housing for those without a place to live, as well as financial help (see other demands). 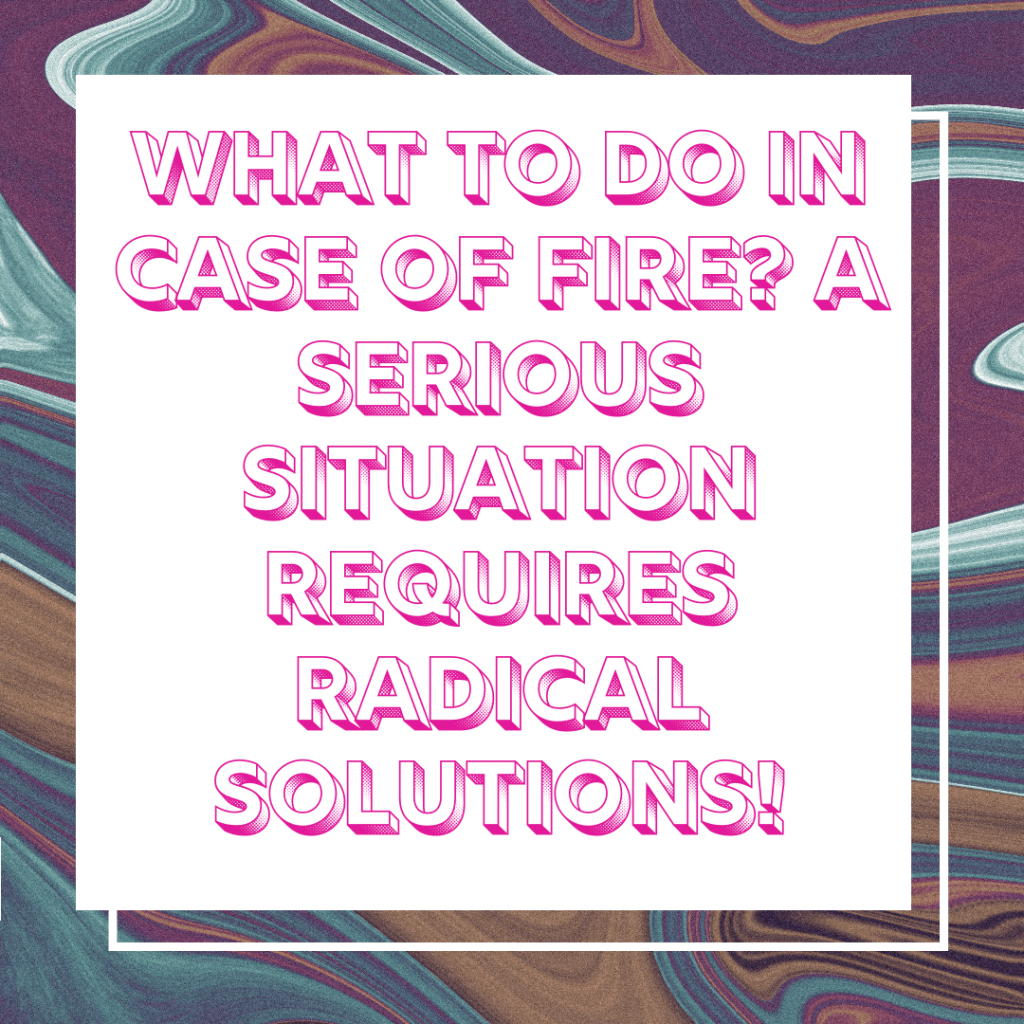 7. The lodging of homeless people in hotels and currently empty Airbnb flats

Homeless people are one of the most vulnerable population group. Because of bad alimentation, a lack of sleep and constant stress, they have a diminished immunity system. Moreover, they do not have the possibility to regularly wash their hands, nor access to protection gear (masks, antibacterial gel). Nor is healthcare accessible for them. While most people can now heed the call to “stay home”, about 17 000 people do not have a home in Czechia. When we force them to quarantine at home, they have nowhere to go. The construction of provisory tent camps (especially as it’s getting cold again) cannot be considered a solution.

Many thousands of other people are also threatened by the current situation, as they are living in precarious housing (in overcrowded, unhygienic residences or in decaying houses in socially excluded zones). Housing the homeless and those living in precarious housing in empty hotels and tourist lodgings such as those on Airbnb and other platforms is a logical and just solution. In Prague alone, thousands of hotel rooms and ‘Airbnb apartments’ are now empty as tourists have deserted the city during the pandemic. The city hall and the state could guarantee flat owners a reasonable price to house citizens in need, or the city / state could act as the official tenants. It is also possible to consider a provisory seizure or forceful housing in the name of common interest. In California, the authorities are now using hotels and motels to find a shelter for the 108 000 homeless people.

8. The suspension of all presently non-essential work

Big concentrations of people without any sanitary protection gear whatsoever is dangerous. All workers coming in contact with colleagues and clients are potentially exposed to infection. If they do not have adequate protection gear, then it is better for their own health and the health of their colleagues not to go to work. It cannot mean laying off workers or leaving them without income though. The priority is people’s health, not business!

Those necessary measures are not going to be cheap, of course. ‘Fortunately’ there are many weapon factories, fossil fuel industries and other highly unethical firms that could finally start taking social responsibility for their actions. As former right-wing Finance Minister and austerity champion Miroslav Kalousek recently said: “After six fat years of profit capitalisation, it’s time to socialise the losses. Putting ideology aside. Although my right-wing soul is hurting, I would not be against more contribution from those who have gained the most in the recent years. PPF, Agrofert, CPI, EPH, etc.” (those companies being owned by the countries’ main oligarchs). Although the financial group PPF of Czech billionaire Petr Kellner is trying to improve its disastrous public image by providing some sanitary masks, we have a message for him: „A couple of masks won’t do it, Petr!“ It’s time to pay up!

For all those who don’t have the power or the means, let us show solidarity, let us take care of each other! Let’s not let this crisis be misused for authoritarian tendencies and asocial changes!