Check it out
You are here: Home / Antiauthoritarian Movement / Evros and Lesbos – the postponed catastrophe – Call for solidarity

More than ever we need: open borders, freedom of movement and a whole different world

Barbarism has reached Europe. No, when we speak of barbarism, we are certainly not referring to the thousands of vulnerable people looking for shelter, who have made it out of the Middle East hell – the global playing field for imperialists of all stripes – and are now at Europe’s gates to the next hell. By barbarism we mean those who are making Europe into hell in the first place. These include the mob of right-wing extremists and “concerned citizens” on Lesbos and in Evros, who go on manhunts and give a damned concrete taste of what fascism looks like. These include their brothers and sisters in faith from all over Europe and the world, in huts or skyscrapers, who tell us that an impossible, bloody journey into the past is the solution to all problems and who, in return, go over mountains of corpses and leave a scorched earth behind. These include Frontex, police, border guards and other disgusting authorities who seemingly rationalize the same project with a devious (neo-)liberal attitude. Last but not least, there is this EU, which has never solved this very situation with its foul Erdogan deal, rather only postponed it for a few years and has been in a stranglehold by the Turkish dictator for years. After all, laws had to be passed, election campaigns had to be won and power had to be secured on the old continent. Congratulations, Europe, at the very latest now you have home-grown barbarism in action and images that many thought impossible.

The demand for open borders, for freedom of movement and finally for a different world – based on the principles of equality, priority of human needs on a global scale, peace, sustainability and ecology – are no longer radical, abstract demands. For a long time they were dismissed, with a benevolent “This is a fine description of the conditions for a utopian world yet far away”. This made it difficult for the people with these demands to have an impact on the breadth and depth of the issue, since the right-wing nightmare of fortress, shooting order, militarization, military build-up and authoritarian escalation against “globalism” was so damned concrete in its murderous intent. The pictures of Lesbos and Evros now make our demands and a world for open borders, freedom of movement and this very different world based on the above mentioned principles as damn concrete as necessary. And you know what? That this is not “radical enough” for some people doesn’t interest us at all. Come on out of your bubble. Because it is right, so damn right, to demand exactly that and to answer the question “Which side are you on” clearly. By the way, the answer is not “a new 2015” and thus the miserable attempt from the left to occupy this historic breach in the dam for right-wing extremists and right-wing populists all over the place. In case you forgot: after 2015, a very short of phase of welcoming and solidarity, came the AfD, came Bolsonaro, came Trump and so on. And they came to stay. The answer is: get your hands dirty in the here and now, break open traditions that are far removed from reality, and off into the turmoil – for the future for all and against barbarism.
So this is a call for action to our friends, those who dont fall in the neutrality trap and choose to pick a side!

Let’s show to all migrants and refugees that they are not alone and practice solidarity , instead of seeing them as the state sees them, instruments in geopolitical games. Let us all organise actions in our cities and put pressure on the EU to open the borders. The start has already been made in the past week, let us continue!

We, as Beyond Europe, will support our friends in the antifascist demonstration on Saturday on Lesbos also and try to make a media coverage of the situation on the island.

NO ONE IS ILLEGAL!

WE HAVE ENOUGH SPACE!

FREEDOM OF MOVEMENT FOR EVERYONE! 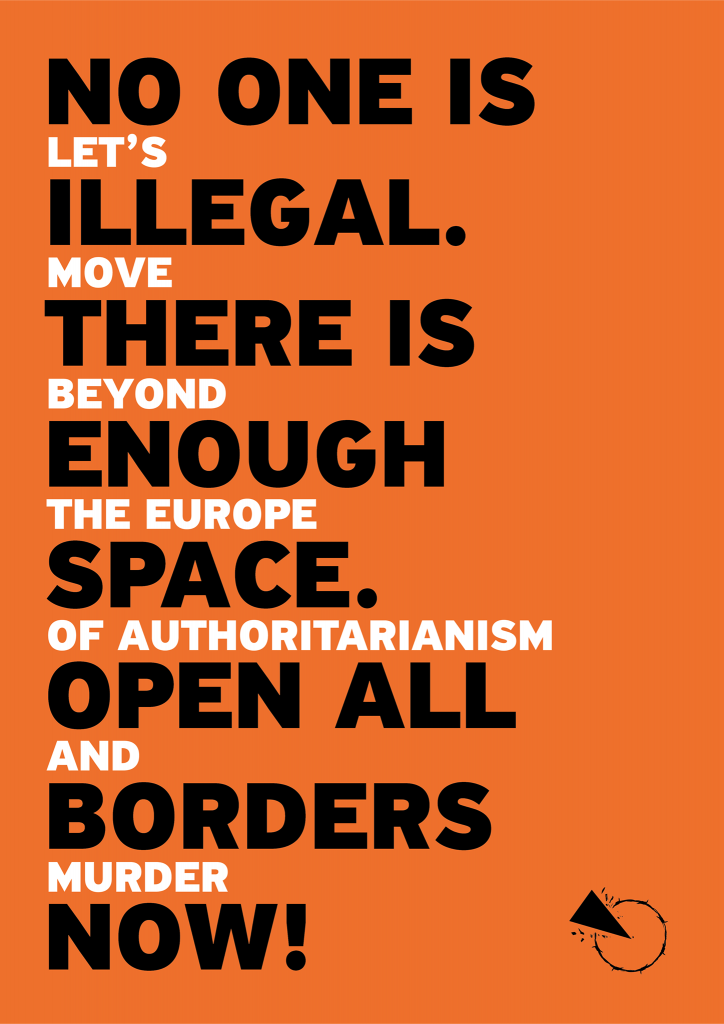