Check it out
You are here: Home / Featured / Democratic confederalism is the only solution to all current problems in Syria – Interview with Gharib Hassou, co-chair of TEV-DEM

Interview by Sven Wegner, Wissam Abu Fakher and Ricaletto with Gharib Hassou, co-chair of TEV-DEM (Tevgera Civaka Demokratîk, Movement for a Democratic Society in Northern Syria) and former PYD foreign representative in the autonomous area of the Kurdish Regional Government in Northern Iraq. The interview took place on November 1, 2019 in Dresden after a discussion at the Evangelical University. German version at lower class magazine.

Beginning of 2020 Sven Wegner and Ricaletto will publish their book “Başur” (Editions Ichi Ichi) about their journey through South Kurdistan in 2017. Their book combines interviews and factual texts with comic and portrait drawings.

In cooperation with jihadist militias Turkey attacks the north of Syria. What realistic perspectives does Rojava or the Democratic Federation of Northern and Eastern Syria have in this difficult situation?

Before the current invasion, there was stability and all sections of society lived together on the basis of international understanding. Rojava was much better than the areas of Assad and those of the Syrian opposition, which had close ties to Turkey. Both the conditions there and what the people have for their daily lives and all sorts of other things. The aim of the operation against Rojava and more precisely against Serê Kaniyê (Raʾs al-ʿAin) and Girê Spî (Tall Abyad) is to destroy this stability.

The determination of the people on the ground is to be broken. After the invasion we experienced a real state of war and we see that we are facing a war of elimination. Turkey commits many war crimes. Recently they even used phosphorus bombs, which are actually forbidden.

The fighters of the YPG, YPJ and the SDF are offering great resistance in the areas, but the Turkish state makes no difference and simply bombs everything. The international community observes this, but does not act. In addition, all international forces, Russia, the USA, Iran, which interfered in the Syrian war, are also in this area.

But my question was a different one. I was concerned about the prospects that Rojava still has. That brings me to questions such as: What is your view of possible cooperation with the Syrian regime, in other words with Bashar al-Assad or Russia? Are we not forced to cooperate with these forces? What are their positions on this?

We regard democratic confederalism as the only solution to all the current problems in Syria. We see Syria’s future only in a democratic federation, if there is a future for Syria at all. We will very simply fight to protect the system and this idea and philosophy and to combat terror. And if our model is destroyed, then the will of the Kurdish people will be destroyed, because Erdogan wants to change the areas ethnically. He is planning the same with northern Iraq. 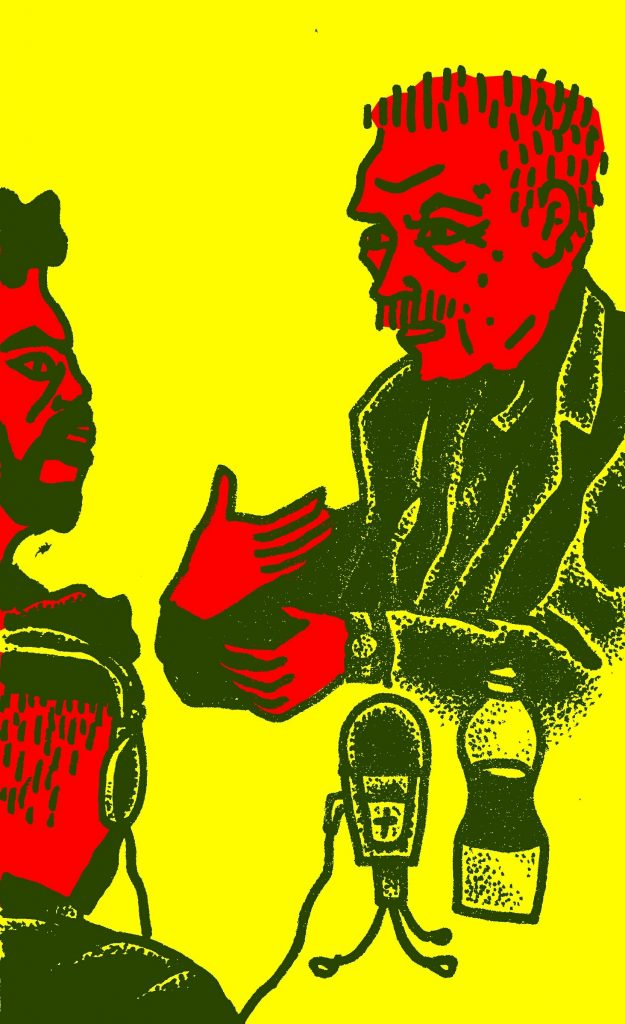 That means a cooperation with Bashar al-Assad is not on the agenda at all?

We have long tried to open diplomatic channels with Damascus to agree talks and exchange opinions. But they have always rejected our questions and refused to engage in dialogue. There have been conferences in Bozanê (Ain Issa), in Kobanê (Ain al-Arab) and in various areas, but Assad’s regime does not accept dialogue. Recently there was an agreement between the SDF and the regime that troops would be sent to the border and not to take over SDF territory. This agreement was brokered by Russia and we also wanted to give the regime the task of protecting the border so that we do not have to take over this task alone. But it is precisely here that we can see that the regime no longer has any strength at all and can no longer take over anything. There is no hope that the regime will secure the border. The soldiers were transported in animal transporters. We also know, of course, that there is already an agreement between the regime and Erdogan. And against the will of the Syrian people. We wanted to give the regime the task of protecting the borders, but it has shirked its responsibility.

There is a danger that you will now be crushed between two fronts. On the one hand, the regime and Russia – well, the regime has little capacity, but Russia has an air force – and on the other hand, Turkey and its jihadist militias. So there is a danger that you will be worn out and the civilian population will suffer if you say “Fight, fight, fight”.

Would the regime take its responsibility, it would establish a no-fly zone. Russia could have fulfilled this task as well. Both did not do this, however, with the intention that our bases and areas would be bombed by Turkey. So we will fight now, because it is our dream and our country. This war is already a great war. To whom should we leave the territories and the land? Erdogan and the Jihadists from al-Raqqa, al-Baghuz, Tabqa and Minbic (Manbidsch) who also robbed Efrîn (Afrin) and Idlib and now want to rob our country? We will not leave the country to the occupying state of Turkey and not to the jihadists. We will not allow Turkey to occupy and rob us.

When we look at the no-fly zone, what role can the EU play? What role must NATO play? What would be concrete, realistic steps to contain this war? What is TEV-DEM’s opinion on this?

We have commissions everywhere in Washington, Moscow, the EU and Arab countries on the subject and we have already communicated the necessary steps to the countries concerned. The first step would be a no-fly zone in northern and eastern Syria to stop the Turkish air raids. Secondly, UN troops should be brought into the border region and they can take on the task of containing the war on the ground. The UN’s decisions are important and we welcome UN troops, but there has been no progress or decisions in this direction so far. The United States has also said that it would impose economic sanctions on Turkey if it crossed certain lines. But where are these lines anyway? So far everything is theory, but we hope it will be put into practice. Europeans are afraid because of the DAESH prisoners in our prisons and camps, especially when Turkey liberates them. Then there will be a great catastrophe.

Do you still have diplomatic relations or communication channels with Turkey?

We have offered Turkey several times that we would enter into dialogue and negotiate how we could secure the border and what mechanism we could find. Turkey has so far refused. If they were prepared to do so, we would welcome it very much and it could serve as a platform for more negotiations in the future. It would be an advantage for us to negotiate with them, because the entire northern border is a border with Turkey. 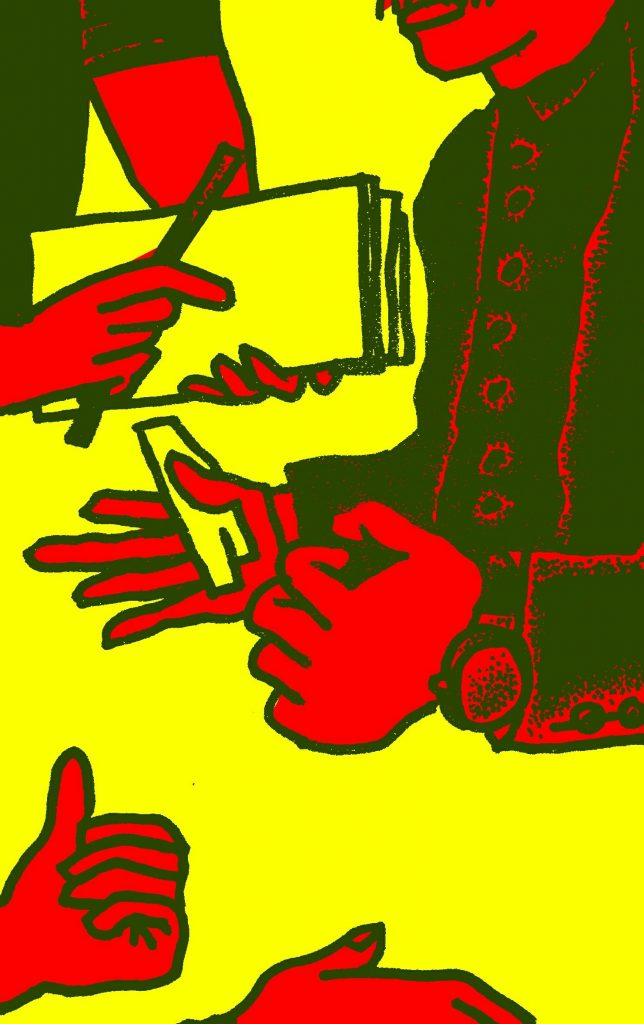 What is currently happening with the DAESH prisoners? What is your political position on this issue?

The SDF say they no longer have the capacity to control the prisoners because they have to protect the border. A few DAESH prisoners have already fled and are now fighting on the side of the jihadists with Turkey.

Do you notice in Rojava that here in Europe thousands of people take to the streets, demonstrate, block, occupy and do many actions in solidarity with Rojava?

Yes, we have seen and heard that the Kurds in exile and their friends do actions. And naturally we are happy about that.

One cannot trust governments and we only trust society. When we talk about society, we mean trade unions, associations and other civil society organisations.

The biggest contribution that civil society can make to resistance in Rojava is to put pressure on governments. There are as many videos and evidence showing how the jihadist fighters desecrate corpses, shout “Allah u Akhbar” as if they had won against the regime or completely destroyed the “infidels”. The civil society can help to collect and distribute this evidence and videos so that the world knows better who we are fighting against.

You said that the Rojava model should be made better known and we had already spoken in Iraq in 2017 about the construction of councils and also about whether parties are necessary at all and whether they should not simply dissolve. But now there is war in Rojava and it seems to be obvious that the decisions are not taken by councils. Councils take a long time, they have to discuss. Don’t the SDF have to take independent decisions because they are under military pressure to move? Isn’t war the complete opposite of council democracy or poison for them?

So it is also the Councils that make the decisions?

Every democratic administration is subordinate to the councils and so the decisions are made from the bottom up.

Critics say, however, that these councils do not really exist. These are all illusions and the question is whether it is really possible for councils to exist under war conditions in the 21st century?

When Turkey began its attack, the SDF leadership met with the Assad regime at Hmeimim, a Russian military airfield, because the administration, the councils and the parties met and all voted to cooperate with Assad. This was a decision of the base and therefore the SDF leadership had to meet with the regime there. I don’t want us to be misunderstood. We did not want to cooperate with Assad. For three years we have tried to enter into a dialogue with him. After the Turkish attack we were forced to go to Assad and he accepted it, but now we see that he is not able to protect the border.

As with the occupation of Efrîn? 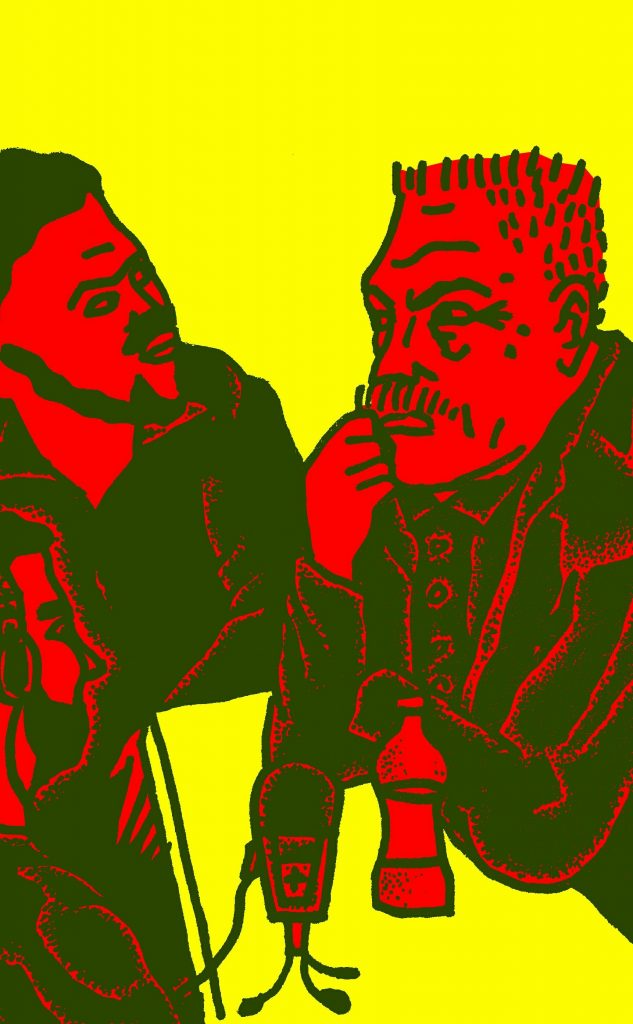 There have been repeated reports of forced recruitment and criticism of the introduction of compulsory military service in Rojava. There are several reports of young men who have to hide in Qamişlo (Qamishli) or Kobanê in order not to be arrested and forcibly recruited by the Asayîş (security forces of the Kurdish self-government). When I see pictures from Rojava, I see older women and older men, maybe still a few young women, but I hardly see young men, because almost all of them have to do military service. Which positions do you take on forced recruitment, compulsory military service and the militarisation of society?

We have been misunderstood. We have been at war for seven years and we have been fighting the terrorists of the Islamic State for seven years. During that time, no one criticised us for recruitment and militarisation. But now that we are militarily finished with Daesh, the attention is drawn to this issue. Al-Nusra, for example, educates children to become future terrorists. We are talking about the right to self-defence and we have the right to know how to defend ourselves and that is exactly what we want to achieve. We have built our democratic institutions and they now need to be protected. For example, people in our neighbourhoods carry weapons at night to defend them. People simply need to know how to handle them. I believe that this criticism will be used to legitimise the Turkish attack.